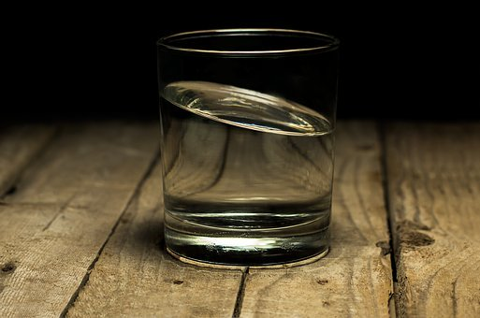 For those joining us in Part 2 of our series, the goal of our Salt Water Series is to address consumer inquiries and concerns about water softeners and the effects they have on the water they use daily.  The Salt Miner is dedicated to providing clear answers to pertinent questions. We want our clients to make decisions they are confident in for them and their families.  In this second segment of our multipart series, we will be tackling “is drinking soft water safe?”

First, one of the largest concerns is that these systems add salt to our drinking water. However, we need to remember what we learned in Part 1 of our series.  Water softeners add sodium to our drinking water, not salt. There is a chemical difference between the two which plays a major role in determining if softened water is harmful. Remember, a healthy adult can have 2,300 mg of sodium a day. A cup of softened water will have an extra 20-30mg of sodium depending on how hard the water was. This is less than a glass of milk. Thus, the amount of sodium added by a water softener is negligible and not a concern.

The second concern is that in the water softening process our drinking water becomes de-mineralized. While, it is true that water softeners remove calcium, iron, and magnesium, there are easy solutions. Each of these minerals can easily be added into your diet or supplemented by a vitamin. However, most Americans get their daily percentages without even trying! The second option, if there is still a concern, would be to run a tap so that your drinking water remains hard and soft water can be used for non-dietary means.

The third and largest concern is a worry over toxic metal poisoning, specifically, lead. If you live in an older home or work in an older building, then this could be a valid issue. You will want to have an inspection to verify it is safe to install a water softener. However, this only applies to structures built before 1986, after which time legislation was put in place to ban lead pipes being used specifically for this issue, as they were prone to corrosion and would contaminate drinking water.

Water softener technology is at an all-time high and The Salt Miner is a step above the rest, by addressing a fourth concern that many are just now starting to realize is present. Softened water is safe for your home and your health, but at present, it is not safe for the environment and comes at a high cost. The waste product from our water softening systems is typically dumped directly into our wastewater, contaminating it and causing environmental damage. However, much like the issues above, there is a simple solution. The Salt Miner, which can be added on or retrofitted to an existing system, collects the by-product so it can then be properly disposed of. Never before has it been so easy to ‘Go Green’. Will you rise to the test?