Groundwater Protection Starts With YOU! 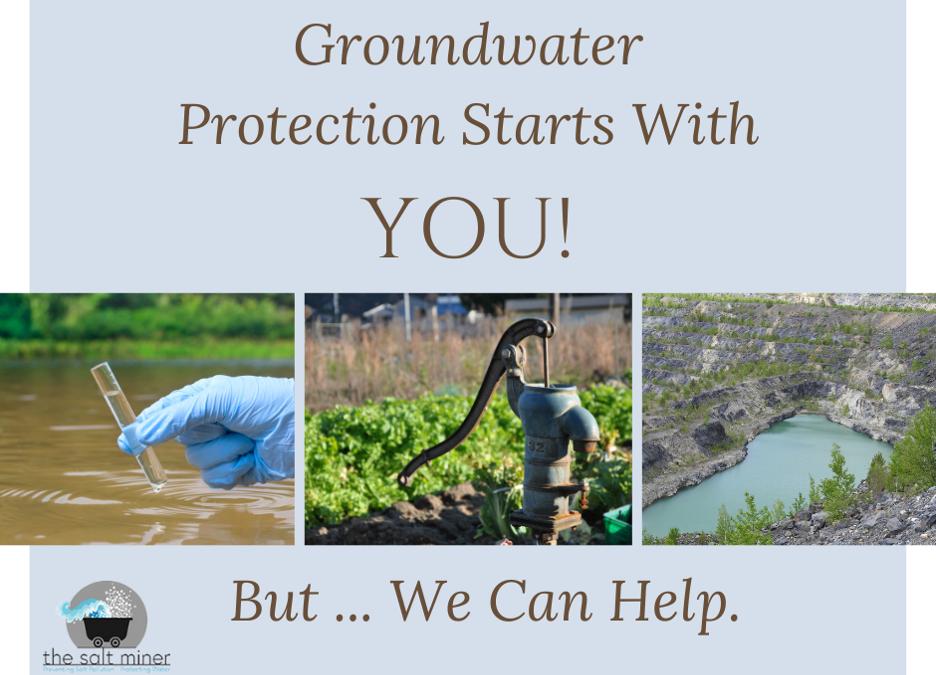 Part of our responsibility while living on this planet involves taking care of the resources we’ve been given. That includes groundwater protection, preserving a valuable resource we couldn’t live without. In fact, it’s so important that there’s a whole week dedicated to this topic each year … National Groundwater Awareness Week.

Since groundwater is often out of sight, out of mind, it’s easy to forget about it. Here are some groundwater facts you may or may not already know:

Since groundwater often starts at the surface and moves down through soil to the aquifer below, it can easily pick up any contaminants in the soil itself. Common groundwater contamination sources include:

The first four sources in the list above are familiar to most people. And, they can easily be controlled by simply learning about and following proper waste management procedures. Or, in the case of agricultural operations, learning how to grow crops sustainably without the need for large quantities of chemicals.

Saltwater pollution, however, is not always so obvious. The most common source is from residential or commercial water softeners. These devices are helpful in combating the effects of hard water. However, they discharge a highly concentrated salt brine into sewers and septic systems, eventually polluting our groundwater.

In addition, there are industries that use salt brine in a big way. For example, nuts are often treated with a salt brine to give them their popular flavor. This brine has to be treated or taken somewhere and dumped once it’s been used. It’s cheaper to dump the brine than to restore it to lower salinity levels. So, it’s often disposed of in areas where it will make its way back into our groundwater.

How the Salt Miner Can Aid in Groundwater Protection

Groundwater protection isn’t necessarily about changing everything we do. It’s also about finding ways to work smarter or more effectively.

For example, what if companies in the nut industry had a cost effective and efficient way to remove the salt from their brine without having to truck it elsewhere and dump it? This could have a huge impact on the environment … groundwater would be protected from the high salinity brine and less trucking means lower carbon emissions and air pollution potential.

The Salt Miner is positioned to BE that cost effective and efficient way of treating brine, whether it’s from residential and commercial water softeners, or industrial sources as described above. It works by filtering out, or ‘mining’, the salt from the brine, making it possible to recycle or dispose of the salt in an environmentally friendly manner.

Is it time to stand up for groundwater protection and be a part of the solution? We think so! Simply contact us to learn more about the Salt Miner today!